Innovation, Partnership Take the Army’s Long-Range Missiles to the Next Level with PrSM
Skip to Content
Get all our news and commentary in your inbox at 6 a.m. ET.
Ideas
Does the Pentagon Understand What a Navy Is For?

Fleet-force planning has been seized by a Joint Staff and Defense Secretary who put budget-slicing before strategy. 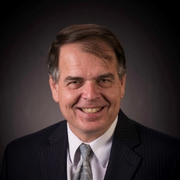 By Sam J. Tangredi
Director of the Institute for Future Warfare Studies, US Naval War College

A recent report that the Office of the Secretary of Defense has “taken over” planning for the future of the U.S. Navy is hardly good news for the naval service as an institution. But neither is it necessarily good news for the long-term national security of the United States.

Two conditions set the stage. First, OSD and the Joint Staff are “focused like a laser beam” on planning for war against the People’s Republic of China (actually, against the Chinese Communist Party, to which the People’s Liberation Army is pledged). Second, their thinking is stultified by the emergence of an “ideology of jointness,” in which all services and domains must be treated equally in every scenario and in every force structure analysis, and (essentially) have veto power over other services’ programs.

The problem is not that the current OSD leadership is Army-centric (which it is), but that it appears not to understand that armies and navies are vastly, repeat vastly, different tools with much different long-term roles in U.S. territorial and economic security.

Historically, armies are designed to conquer and garrison territory, bending the opponent to our will by physically controlling their populace and society. Their deterrence capability is completely dependent on being able to move in and close with the enemy. If the U.S. Army is stuck in the U.S., it has no deterrent power. If it is forward deployed, it has a deterrent effect, but in a “great power” war, the bulk of its capability must move from the continental United States….over oceans.

Navies are geo-economic as well as geo-political instruments. There is no territory at sea. They are designed to control the fluid mediums in which global trade is conducted (and by which American armies are moved) in order to ensure both national security and prosperity. In this sense, air forces (and space forces) function largely as navies, although their direct combat operations (as those of navies) are, indeed, intended to support armies in the conquest and garrisoning of territory. Cyber forces, too, function largely as navies. They all control fluid-like mediums that make both economics and global war (emphasize global) possible. Combat itself is relatively rare; the need for such fluid medium control is continuous. Thus, navies must be structured so that they provide this continuous presence—not just tailored for multi-domain warfare, but also for multi-domain “peace-fare.”

Naval victory occurs in great power conflicts when the opponent is effectively cut off from access to the resources of the world (including, now, cyberspace) and must confine itself to territorial defense or battle in contested land terrain. “Conduct unrestricted submarine warfare against [Imperial] Japan,” read the first offensive order of Pacific theater of World War II, and thus were created the geo-economic conditions to defeat that Empire. The fact of the geography and economics of the United States is that any land victory is dependent on naval victory. And to assess the potential for naval victory requires a unique and completely different method of analysis than that which can be applied to armies.

I may be wrong—and would be very happy to be wrong—but I don’t think OSD currently understands this divergence in long-term roles and missions. The effect is that—in planning the future of the Navy (and all our “navies”)—it may neglect to recognize that the “traditional” force structure that it is examining will exist over a period of time that transcends immediate threats and current priorities. U.S. naval force structure has remained essentially the same throughout Cold Wars, Gulf Wars, wars on terror, peace, and great power ‘competition.’ Why? Because it is adaptable to any of those environments without radical reconstruction. It adapts better to change than any tailored-to-current-task force.

This does not just apply to naval surface battle groups; it also applies to the U.S. Air Force’s bomber and airlift fleets. (Which is why 50-year-old aircraft carriers and B-52s—routinely updated in weapons configuration—are still combat-credible operating platforms.) In contrast, armies need to be rebuilt to shift from armor-heavy great power conflict to counter-insurgency and, then, back to great-power conflict. We re-learned that fact in Afghanistan and Iraq. The need for radical reconstruction is not the “fault” of the U.S. Army; it is a natural consequence of performing its (own) long-term role in a changing global security environment. That is not true for the long-term mission of navies.

This potential lack of understanding seems to be reflected in Defense Secretary Esper’s remark that the Optimized Fleet Response Plan readiness-generation process “hasn’t worked for years.” OPFR was not designed to maintain and deploy a “surge” Navy expressly ready to conduct a war against the CCP or anyone else. It was designed to maintain a Navy that could remain forward deployed on a global basis under all circumstances (and thereby of use to all combatant commands). The concept of a “surge” in naval warfare may not even be possible. We could not do it in World War II until 1944, by which time we had quadrupled the size of the force. If forward presence—which is a major component of the long-term mission of global navies—is the real issue, then let’s debate that, not apply an armies-centric form of analysis to naval force structure. If the essential debate is that it is “too expensive” to spend $12 billion on an aircraft carrier, then let’s debate that—and admit it’s all about cost in an everyone-gets-a-near-equal-slice budget, not about capability or long-term mission.

This leads to a discussion of the stultifying effect of current joint ideology. If one wants to examine a positive method of prioritizing naval forces for a conflict against the CCP while retaining their long-term adaptability, one needs to examine the all-but-discarded Air Sea Battle effort. A situation in which the U.S. Navy and U.S. Air Force incrementally (and voluntarily) were attempting to adapt their force structures towards what would be essentially a maritime domain fight against the CCP… That sounds like the epitome of jointness, doesn’t it?

But not according to current joint ideology, which consists of ensuring that no service (or agency) is left on the bench in any contingency, even if they can provide little to solve the problem. According to joint ideology, a cookie-cutter, one-size-fits-all approach to planning and analysis must be applied so that every Service should have a near-equal slice of every plan. Thus, the Army, with the Joint Staff as its proxy, torpedoed the Air Sea Battle effort because it wasn’t “joint enough.” The exact role from which the Army thought it was excluded in a maritime scenario is not clear. Air Sea Battle planning was replaced by joint concept papers that appear to have minimal impact. They may be well-written papers, but they aren’t incrementally adapting force structure. Please, OSD, don’t let this happen in your “joint” analysis. It misses the divergence in long-term missions. Analysts might cite the current National Defense Strategy as mandating a single-scenario Navy, but the NDS (here’s the unclassified summary) actually lists many more missions than that.

I recognize that the argument above can be easily dismissed as merely the ravings of a navalist. However—whether or not one thinks the U.S. Navy should be trimmed or reconfigured, larger or smaller, 350 ships or 250 ships—my point about is that the differing long-term requirements between navies and armies, along with the stultifying effects of one-size-fits-all joint ideology, should still be examined and debated before decisions are made. My ultimate fear is that in 2049—having leveled our forces to the least (joint) common denominator—we will find that the People’s Liberation Army Navy (which has not thrown out Mahan and geo-economics and will not stop building warships) is the dominant global navy and our access to fluid mediums is at its sufferance. That means that the bulk of the U.S. Army will be effectively trapped within the United States, and our only option in a conflict with be to trade prompt global strike missile attacks homeland-to-homeland. Not an effective deterrent toward aggressive activity in the South China Sea region. But I suppose there’s always the threat of nuclear war…

The opinions in this piece are the author’s, and do not necessarily reflect those of the U.S. Department of Defense or the U.S. government.

NEXT STORY: The NDAA Should Prompt a Rethinking of Costly U.S. Foreign Policy