Hezbollah must go. Here's how the international community can help develop a democratic and secular system that works for the people. 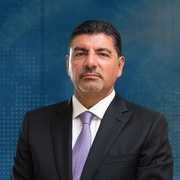 Recently the United States sanctioned two former senior government ministers in Lebanon. While this is good news, sanctions alone are not enough. It is time for Hezbollah and the warlords that control so much of Lebanon to go. This is what the people in the streets of Beirut want and this is what Lebanon needs. But Lebanon needs the help of the United States and the UN. The international community cannot let Lebanon slide into oblivion.

Both men provided material support to Hezbollah and engaged in corruption, the notice alleges. It further highlighted that both men aided and abetted Hezbollah to secure funds and access the international financial markets in return for financial and political support.

Lebanon’s support for the terrorist group is built into its system of government. Ministerial posts are divided on sectarian lines and control of the finance ministry has been reserved for Shiite groups, including Hezbollah’s allies. This has allowed Hezbollah to control the allocation of government revenues and direct funds and contracts towards Hezbollah and its allies. The formation of the next government under Mustapha Adib is currently being held up by Shiite leaders refusing to relinquish control of the finance ministry, including Parliamentary Speaker Nabih Berri.

U.S. sanctions on two ministers is not enough. The international community seems to be turning a blind eye towards the suffering of the people of Lebanon while the corruption and control of Hezbollah continues. The UN General Assembly has begun and yet there is not one session devoted to tackling the ongoing catastrophe that is the current situation in Lebanon. Here’s what needs to be done:

First, the United Nations must insist on a transparent and credible investigation into the August explosion at the Port of Beirut. There is a clear need to establish the truth, particularly after Nathan Sales, the State Department’s counterterrorism coordinator, said this week that Hezbollah operatives have moved ammonium nitrate from Belgium to France, Greece, Italy, Spain and Switzerland in recent years and are suspected to still be storing the material throughout Europe. With the blast in Beirut caused by ammonium nitrate, his call for European partners to join the United States to impose bans on the organization resonates strongly with the Lebanese people.

Second, while Hezbollah has certainly been a part of Lebanon’s past, there is no future for Lebanon with Hezbollah. This is the truth and it is time for the world to recognize and support the people in the streets of Beirut. A viable future for Lebanon means hearing the protestors and accepting their calls for action. It means finding and empowering leaders who have not been a part of the failed past of Lebanon. It means riding the government of the cancer of warlords and their influence over the lives of everyday Lebanese.

Third, a new Lebanon requires a new constitution that is founded on the principle of a non-sectarian state that promotes the aspirations of the all people while protecting the rights of minorities.

Fourth, Lebanon needs the international community to provide financial and development assistance. Any assistance provided must be done in a way that ensures accountability to show it is actually reaching the people who need it the most, and not Hezbollah, the warlords and corrupt actors who have benefitted in the past. Aid must go to the people.

Until Lebanon has a government it can trust, this may mean the UN provides needed aid directly to the people. Aligning and coordinating donation efforts with local and international civil society, thereby avoiding government graft, will be vital. An international monitor for donations could track the deployment of aid funds, while programs for cash and voucher assistance, food security, and protecting livelihoods could provide social protection.

Lebanon needs wider assistance too: financial support for small businesses, entrepreneurial incubators and partnerships with international companies would make more sustainable contributions to Lebanon’s economy, developing opportunities and providing jobs that will sustain the country in the long term.

How can anyone expect Lebanon to change if the same system that has brought about the very situation we are in is allowed to continue? The policy of appeasing Hezbollah and those that accommodate them within Lebanon must end. The international community must work with Lebanon to develop a new, democratic, and secular system that works for the people.

Bahaa Hariri is chairman and founder of the Horizon Group. He is the son of former Lebanese Prime Minister Rafik Hariri, who was assassinated in 2005.