The black-helicopter crowd, and the president’s base, should love this Bannon-esque, undiplomatic speech, filled with ‘America First,’ ‘radical Islamic extremism,’ and cries for sovereignty over collective security.

President Donald Trump just delivered the United Nations speech that ultra-conservatives have been hoping to hear for years.

John Bolton’s spirit was bigger than Nikki Haley’s presence as Trump held forth in the General Assembly on Tuesday. Haley, the U.S. ambassador who has been welcomed by fellow UN diplomats as a comparatively moderate voice, only looked on and watched as the president delivered a speech filled with far-right, confrontational rhetoric that left foreign diplomats in the audience audibly gasping. Soon afterwards, Bolton, a former UN ambassador whom many conservatives believe too extreme for any national-security post, was praising Trump on Fox News: “I think this was an outstanding speech, and I think it will serve the President very well.”

Finally. They have their man. Trump.

Here’s some background. If you’re not a student of United Nations politics — and trust me, if you’re American, you’re not — let me translate some of what you heard. There has long been a crowd on the extreme right who thinks the United Nations, and all international organizations, are more dangerous to America than actual threats like terrorism and nuclear war. To them, membership in the U.N. represents a willing abdication of sovereignty, one that gives other countries, including Iran, Russia, and North Korea, a vote over American laws, taxes, even troops. The problem is, none of that is true. That’s not how the United Nations works. They can’t tax Americans, they can’t command U.S. troops. They can’t veto American laws. Because “they” is us. The UN is not a stand-alone governing body — it’s a membership organization of states. But it’s a fear that the right has stoked — a fear of bigger government, foreign influence, and wasteful institutions beyond American control — and Trump has now ridden that fear from the 2016 campaign trail to the center of global diplomacy.

The president, in his speech, walked the line on all of this. He repeatedly used the words “sovereignty” and “independence” — keywords that represent the opposite of another term from International Relations 101 class: collective security.  “I will always put America first, just like you, the leaders of your countries, should put your countries first,” Trump said. In a passage on Venezuela’s collapse, he denounced “true socialism and communism.” On Iran, he ripped the nuclear deal, saying, “That deal is an embarrassment to the United States and I don’t think you’ve heard the last of it, believe me.” On terrorism, he slowed down and with emphasis, said the magic words: “We will stop radical Islamic extremism.”

Trump was most forceful on the subject of North Korea, even threatening annihilation: “The United States has great strength and patience, but if it is forced to defend itself or its allies, we will have no choice but to totally destroy North Korea.”

It’s a line that reflects the entirety of the speech. America will and should act alone for its own interests, Trump would say in one breath, but hope for collective approval or direct action, he would add in the next. The president celebrated the United Nations and called for stronger multilateral action in many areas, including human rights, women’s issues, and pushing for democracy in Venezuela.

There are those on the far right who really want no United Nations at all, and call for total U.S. withdraw from the institution. For all his blustery campaign-style rhetoric, Trump didn’t go there.  Still, his first UN speech was yet one more signal that this administration has little appetite for Obama’s calm statesmanship — or that of most other presidencies. This president has little patience to stand by as regimes stir the security pot, from Tehran to the South China Sea and “the Ukraine,” as Trump called it. This kind of tough talk isn’t new to the United Nations, where shoes have banged on tables, vials have been shaken, and red lines drawn on cartoon bombs. But coming from an American president, it is unprecedented.

How will this speech translate into action? Because this president’s words so often do not end up becoming policy, it’s unclear what to take seriously and what to dismiss as Trump talk.

His “new” Afghanistan plan is nearly a copy of the old plan. He denounced NATO on the campaign trail and even from the White House, but seems to have given up that talk; U.S. relations with that organization are pretty much normal. He promised North Korea would never achieve a nuclear bomb that could reach the United States. They have. He promised to scrap the Iran deal. He hasn’t. (Stay tuned on that one.) He promised a big change in the ISIS War, but did little more than let regional commanders fight without having to check in to the White House as much. He’s promised a “tougher” America to every country in the world. The one country that Trump said nearly nothing about on Tuesday: Russia.

The U.S. is unlikely to “destroy North Korea.” But the White House is likely to assert more America-first policies under this new banner of “sovereignty.” And foreign diplomats and security leaders — friends of the United States — are going to have to continue to guess whether they should pay more attention to what Trump says (or tweets) or what his administration actually does.

After this speech, all the world is on alert. 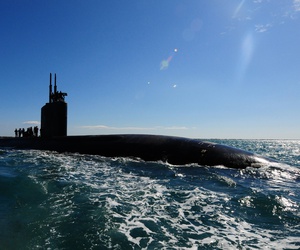 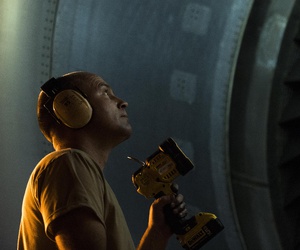 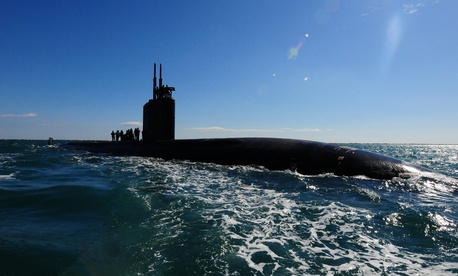 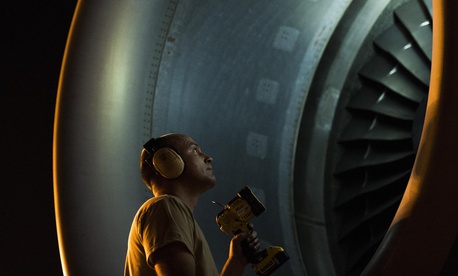