Defense officials say they won’t get ahead of Saudi Arabian investigators. The Secretary of State blames Iran.

The Pentagon’s chief spokesman declined to definitively blame Iran for the weekend attack on two Saudi Arabian oil facilities — just hours after Secretary of State Mike Pompeo told reporters that it was “abundantly clear” Tehran was responsible for the attacks.

“As of this time, all indications are that Iran is in some way responsible,” Jonathan Hoffman told reporters on Thursday, but he emphasized that the Pentagon hasn’t completed its investigation. “We need to make an assessment, we need to attribute the responsible party of this act,” he said. “That hasn’t taken place. We’re being deliberative about this.”

The nation’s top diplomat, by contrast, says there’s no question about it.

“There is an enormous consensus in the region that we know precisely who conducted these attacks. It was Iran,” Pompeo told reporters traveling with him in the region. “I didn’t hear anybody in the region who doubted that for a single moment.”

The United States has sent a forensics team to Saudi Arabia to help with the investigation into the attacks, but Hoffman said that the Pentagon would let Riyadh announce the findings.

“This is an attack on Saudi Arabia,” he said. “We’re supporting their investigation, but we’re not going to get ahead of their conclusions.”

Asked to explain the discrepancy between the Pentagon’s assessment and the State Department’s, Hoffman repeated that he didn’t want to “get ahead” of the Saudi investigation.

“We’ll wait until the final assessment has completed with the Saudis and they’ve made the declaration,” he said.

Defense Secretary Mark Esper has urged restraint as the administration has mulled how to respond to the attacks, the Washington Post reported earlier this week. But Pompeo, a hawkish former congressman from Kansas, has been the prime deliverer of tough rhetoric against the Iranian regime, and one of the key architects of the administration’s “maximum pressure” campaign against Tehran.

“Regardless of whether this was a proxy or direct attack, this has been a dramatic escalation of what we’ve seen in the past,” Hoffman said Thursday, pointing to the sophisticated nature of the attack and its impact on global markets.

The strike is the latest in a series of murky attacks in the region believed to be the work of Iran and its proxies, including the seizure of a British-flagged, Norwegian-owned tanker, and the downing of a U.S. surveillance drone.

Tensions in the Gulf have been rising since President Trump unilaterally withdrew from the Iran nuclear deal last year. The Obama-era agreement had traded sanctions relief for curbs on Iran’s nuclear weapons program; Trump and his allies argued it should have imposed tougher, broader limits on Tehran’s actions. The withdrawal from the deal and Trump’s subsequent “maximum pressure” campaign have alienated the administration from the deal’s European partners, who have fought to preserve it.

“The expectation that we have is our international partners are going to take a look at this and realize that it’s time for them to step up and deter Iranian behavior and get them back on the diplomatic path,” Hoffman said Thursday. “What I think [the attack has] done is internationalize the problem.” 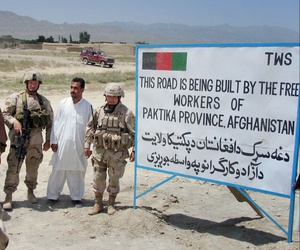 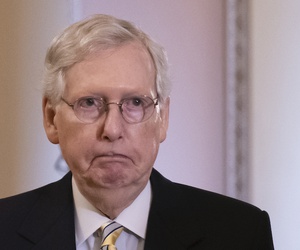 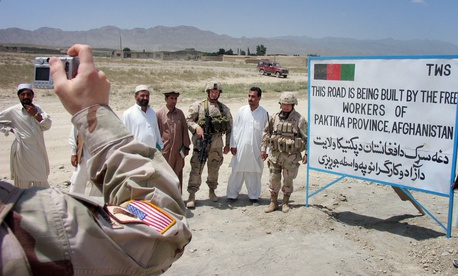 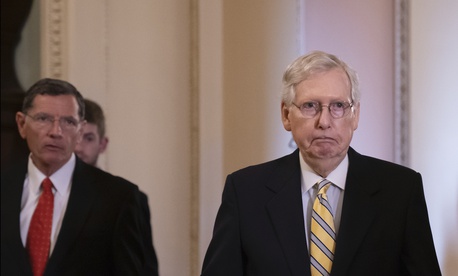