A convoy of Turkish forces vehicles drives through the town of Akcakale, at the border between Turkey and Syria, shortly after Turkey's new ground offensive began, Wednesday, Oct. 9, 2019.

The president said 'far more than sanctions' awaits Turkey if its assault taking over northern Syria is not 'as humane as possible.'

As Turkey launched its military air and ground campaign into northern Syria against U.S.-backed Kurdish fighters, President Donald Trump and his administration on Wednesday sought to reassure both critics and close allies that he would make sure the NATO ally did not do anything the president considered to be “unfair.”

Exactly what that means, or how the United States will move to keep Turkey within the president’s boundaries, remains unclear.

Trump during a press conference on Wednesday afternoon threatened “far more than sanctions” if Turkey “doesn’t do it in as humane a way as possible.” But asked to explain what “as humane as possible” meant, he offered no concrete details.

“We’re going to have to define that as we go along,” he said. “If he does it unfairly, he’s going to pay a very big economic price,” an apparent reference to Turkish President Recep Tayyip Erdogan.

Just hours after Erdogan launched airstrikes on Syrian Democratic Forces targets on the Syria-Turkey border, Trump said in a statement that the United States would “hold” Turkey to commitments to protect civilians and religious minorities and to “ensure no humanitarian crisis takes place.” Turkey, he said, is now “responsible” for ensuring ISIS fighters detained in SDF prisons are not allowed to escape, and for preventing a resurgence of the terror group.

“We expect Turkey to abide by all of its commitments, and we continue to monitor the situation closely,” Trump said. On Monday, Trump promised on Twitter to “obliterate” Turkey’s economy if Ankara “does anything that I, in my great and unmatched wisdom, consider to be off limits.”

Since then, the Trump administration has provided few details about what actions might be “off limits,” nor how it might respond. On Tuesday, Pentagon spokesman Jonathan Hoffman said U.S. military personnel in northern Syria had been moved out of Turkey’s path.

Turkey’s ground offensive began on Wednesday, Erdogan’s government announced, with clashes between the SDF and Turkish forces reported to be underway  at the border town of Tel Abyad, north of Raqqa.

Lawmakers on Capitol Hill, outraged by what they see as a blatant betrayal of the Syrian-Kurdish fighting force allied with the United States, have threatened to take action against Turkey. Sens. Lindsey Graham, R-S.C. and Chris Van Hollen, D-Md., said earlier this week that they would ready sanctions on Ankara if they stepped over the line into Syria. They also said they would call for Turkey’s removal from NATO. (No country has ever been removed from NATO, and it’s not clear that the process to do so even exists.) Van Hollen said Wednesday in a tweet that a bipartisan sanctions bill is “being finalized now,” and later tweeted details of a framework.

Senate Armed Services Committee Chairman Jim Inhofe, R-Okla., in a statement, said, “Turkey is an important NATO ally with legitimate security interests at stake in Syria, but its unilateral military intervention in Syria is unacceptable. As President Trump has warned, Turkey’s actions will not be without serious economic, diplomatic and security consequences.”

But the White House’s response has been far more equivocal. Even as Trump has issued threats to “destroy the economy of Turkey” it if crosses unspecified red lines, he has also praised Turkey as a trading partner and announced that Erdogan will visit the White House “as my guest” on November 13.

“So many people conveniently forget that Turkey is a big trading partner of the United States, in fact they make the structural steel frame for our F-35 Fighter Jet,” Trump tweeted on Tuesday. Turkey was removed from the F-35 program in July, after it took possession of a Russian anti-aircraft missile system that is seen as a threat to the sophisticated fighter jet program and noncompliant with NATO systems.

“They have also been good to deal with, helping me to save many lives at Idlib Province, and returning, in very good health, at my request, Pastor Brunson, who had many years of a long prison term remaining,” Trump continued. “Also remember, and importantly, that Turkey is an important member in good standing of NATO. #ENDENDLESSWARS”

After trying unsuccessfully to start a counter-ISIS force of local fighters in Syria and Iraq from scratch, the U.S. military backed the mainly-Kurdish SDF in the fight against ISIS in Syria beginning in 2016. But the SDF was composed mainly of a separatist group considered to be terrorists by Turkey, called the PKK, or in english the Kurdish People’s Protection Units. The PKK’s militia in Syria, the YPG, became “the backbone of the fighting force against ISIS,” the recently-retired U.S. Central Command commander, Gen. Joseph Votel, wrote in an op-ed this week. “Without it, President Donald Trump could not have declared the complete defeat of ISIS.”

Trump on Wednesday afternoon expressed sympathy for Turkish animosity towards the Kurdish group.

“When President Obama took the PKK – when they bring in PKK – that’s a tough deal because that’s been a mortal enemy of Turkey, so when you bring them into a partnership, that’s a tough situation,” he said.

As recently as Saturday, Pentagon and State Department officials were working on a so-called “security mechanism” developed with Turkey to try to alleviate Turkish concerns  and hold them back from attacking the SDF. The U.S. and Turkey had been at somewhat of a standoff in northern Syria since Turkey first pushed south and east toward Manbij, in late 2017 and 2018. The Pentagon last month began announcing some of the first joint border patrols and flyovers by U.S. and Turkish commanders. As part of that plan, the U.S. convinced the SDF to break down their defensive fortifications and pull troops back from the border in an effort to placate Turkish fears — leaving them undefended when Erdogan began his assault Wednesday afternoon.

“That’s the truly unfortunate part of this. The Kurds are caught in the middle and nobody wants this to happen.”

Critics say that Trump’s Wednesday statement announcing that the Turkish operation had begun and that all U.S. troops were out of the area would be read as a green light in Ankara for further advances.

Erdogan claims that the offensive, called “Operation Peace Spring,” will “neutralize terror threats against Turkey and lead to the establishment of a safe zone, facilitating the return of Syrian refugees to their homes.” U.S. analysts expect the opposite: that the attack will create a flood of refugees from the densely-populated areas in northeastern Syria currently under Kurdish control. And, already reports are surfacing that in advance of Turkey’s approach some SDF have abandoned their posts at the ISIS prisons they controlled.

The offensive has alarmed other international allies. France has called for an emergency UN Security Council meeting on Thursday. NATO Secretary Jens Stoltenberg said in a tweet that he is scheduled to speak to Erdogan on Friday and that “I count on Turkey to act with restraint & ensure that the gains we have made in the fight against ISIS are not jeopardised.”

For now, State Department and Defense Department officials are watching the offensive to see how far Erdogan is willing to go.

“Do they just come in and take over a little area next to Tel Abyad and stop? Or is it a major incursion in?” the U.S. official asked Monday. 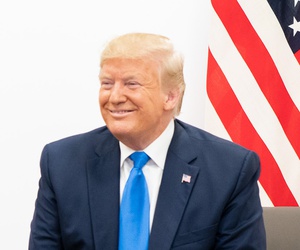 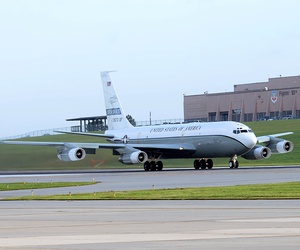 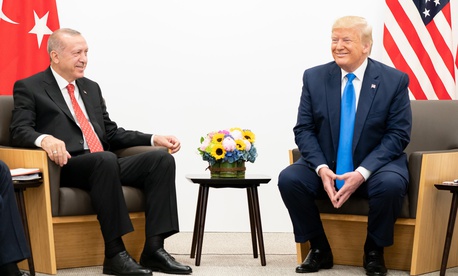 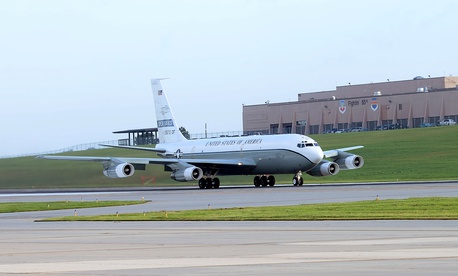