Intelligence officers are likely to bristle at the comparison—intelligence isn’t a business, nor are its officers motivated by profit. But the intelligence community’s leaders should borrow a few of the private sector’s concepts to help them better understand and adapt to the successive waves of disruption that are undermining the foundations of their institution they lead.

Business models are stories about how an enterprise works. They are built from assumptions about the competitive environment and the kinds of problems that people need to solve. Good business models have compelling value propositions that explain how a product or service the business offers solves those problems. Successful businesses offer better solutions than their competitors.

When the intelligence community was established at the beginning of the Cold War, its business model and its value proposition were straightforward. The community’s architects held the assumption, reasonably at the time, that only a well-funded, centralized conglomerate could build and operate the prohibitively expensive technical collection platforms necessary to pierce the Iron Curtain and obtain useful information about the Soviet Union. Borrowing from the private sector’s best practices of the day, they created a multi-divisional hierarchy of agencies, each a semi-autonomous unit with its own customer base and “brand” to manage. Atop this apparatus sat the National Security Council, a body created as a coordinating forum but that quickly became something more like a board of directors.

Related: Weird Hours, Contractor Concerns: How the Intelligence Community Is Grappling with Coronavirus

Throughout the Cold War, the assumptions that buttressed this “classified collection business model” held. Unassailable barriers to entry prevented any serious competition, and the general scarcity of information regarding the Soviets meant the intelligence community’s views were at least heard, if not always adhered to. It effectively enjoyed a monopoly—or, more precisely an oligopoly—over its mission “to inform national security decisions.”

But sooner or later, every business model fails. They are disrupted—which means broken—either naturally through market forces (which are really just the continually changing social, political, and technological milieu) that undo the assumptions they were built upon, or by the emergence of competitors with better models. Disruptions occur when someone uses a new technology—a better tool, a faster process, a more efficient organizational structure—to create a new business model that is so much cheaper, faster, or more convenient for customers that it renders the old one obsolete.

What Kodak’s leaders belatedly discovered was that while their path of least resistance was up—building a better camera every year—the most dangerous threat to their business model came from below. No one denied Kodak’s cameras were qualitatively superior to newer digital alternatives, but it didn’t matter in the end because the competition’s models were cheaper, faster, and more convenient.

Like Kodak, the intelligence community’s leaders know the world has changed. Like Kodak, the agencies they lead own every aspect of the intelligence production cycle—from the satellites in the sky and the technicians who exploit the data they gather, to the analysts who refine that data into “finished” reports and the distribution channels that determine who gets to see them. And just like Kodak, the intelligence community’s last-century business model is beginning to be disrupted by competitors it has never faced before, competitors who quite simply couldn’t exist in the closed, information-scarce context of the Cold War.

The information revolution has sparked the growth of an ecosystem of competitors who offer not only intelligence-like products like news aggregation and data analytics, but full-on strategic intelligence services such as on-demand overhead imagery collection and long-term forecasting and analysis. And while intelligence officers might tell themselves that these aren’t as sophisticated or authoritative as the information that they, themselves, can provide, the fact is that it often doesn’t matter, because they are “good enough” to satisfy most users’ immediate needs.

The reason disruptive innovations are so disruptive is that big institutions are often blinded by their success. As their business model becomes dominant, they are tempted to mistake their way of doing things for the way of doing things. But just by proving a value proposition, they invite imitation. Through the continuous improvement of their products, they facilitate commoditization. This eventually lowers barriers to entry, even as it overshoots the minimal functionality the majority of users need. Big companies often then find themselves immobilized by sunk costs, and unable to appeal to broader segments of users who increasingly can’t afford or aren’t interested in their now exquisite product.

Like Kodak, whose entire physical plant revolved around film, Americans have spent billions improving the classified collection business model. Our intelligence agencies have engineered an elaborate technical architecture that encompasses the globe, practically perfecting their ability to gather secrets. By one admittedly rough estimate, this armature of acquisition produces 50,000 finished intelligence reports every year.

Unfortunately, many of these reports go unread by anyone but other intelligence officers, because the “sources and methods” from which they’re derived require such strict security measures that only a small handful of people ever actually get to see them. The vast majority of the national security workforce—to say nothing of the wider government—are effectively priced out, unable to access the fruits of the intelligence community’s labor. So while the intelligence community may like to think of itself as “speaking truth to power,” the fact is it is often only talking to itself.

That’s a big problem because broad accessibility is where real value is created today. Value is how the user benefits. It is why the user chooses a particular product or service. Today, value comes from the edge, where it is collaboratively generated by the creative abrasion of what were once “producers” and “consumers.” This is why disaggregated platforms like Twitter, whose corporate mission is “to give everyone the power to create and share ideas and information instantly without barriers,” are so successful.

Now is a vital moment in our nation’s history. Threats to our security, our prosperity, and even our liberty itself are as grave as any faced by past generations, and the latitude America once enjoyed is long gone. If we hope to pilot the proverbial ship of state safely through the uncharted waters of the 21st-century, American leaders must make sound decisions.

So, what should the intelligence community’s role in decision-making be?

Merely acquiring information—a resource that is now both abundant and, for the most part, free—doesn’t cut it anymore. The problem of information scarcity that the intelligence community was created to solve no longer exists. Rather than squaring off against a monolithic adversary hidden behind a wall of secrecy, the United States today faces an array of greater and lesser threats—some conventional, others novel, all of them connected in various ways, many of which act quite openly.

Reform within the existing model won’t suffice. Another rearrangement of the proverbial deck chairs, the creation of a new agency responsible for the crisis du jour, or the movement of missions and authorities from one office to another won’t help much, either. These are more like sidesteps than solutions, akin to when a declining business shunts an unprofitable division or reassigns a struggling brand as it scrambles to eke out the last bit of value from their broken business model before it fails.

It’s time to reframe our conception of intelligence itself. To do so, we must strive to differentiate between mission and tradition—between things today’s users find valuable, and things that are just the way we’ve always done it.

To succeed today, the intelligence community needs a business model fit for today’s challenges—one that solves the sorts of problems today’s leaders have. It needs a value proposition compelling enough to justify the sustained investment of the American people, and, because value is generated throughout the network rather than from the top down, it must be accessible enough to benefit the entire national security enterprise—whose concerns are, of course, far broader than in the past.

Rather than merely informing decisions, intelligence should actively help its users to make better ones. The decision in question might be whether or not to authorize a lethal drone strike in Syria, which economic pressure points to apply against a great power competitor, or how limited budget dollars should be invested to build resilience against cyber-attacks. Regardless, all intelligence should have the same aim: helping leaders make better choices.

This requires a shift in how we think of intelligence. Instead of “products” to be delivered, we should see intelligence as an intangible, continuous, user-focused service that expands its users’ mental map of the world and helps them to navigate it more easily by building context and understanding, with them, rather than dictating judgments at them.

This shift would enable the sort of strategic sensemaking that helps organizations to see beyond immediate challenges and recognize strategic threats before they metastasize. In short, we should start to view intelligence officers themselves as the product, collaborating with users to create value for the national security enterprise.

To do that, the community must traffic in trust, and trust depends on transparency. This doesn’t mean dragging all the skeletons out of the closet or recklessly revealing national secrets. What it does mean is becoming much more comfortable operating “in the open,” being much clearer about how analytic judgments were reached, and speaking far more regularly and plainly with both the public and their elected representatives.

The business model analogy only takes us so far. At the end of the day, the intelligence community is not a business; it is a vital public institution. As such it remains only a loosely-federated medley of competing and unequal federal agencies, too-often subject to bureaucratic knife-fights or at the mercy of political caprice.

The community’s leaders have recognized the need for change, highlighting the need to modernize analytic tradecraft, sketching out a plan to integrate artificial intelligence, and pushing for greater transparency overall. The community itself is well-positioned to adopt new concepts and to leverage new technologies to meet its users’ changing needs, should it choose to do so—intelligence officers are bright, diligent, and famously dedicated to the mission of keeping Americans safe. They have, over nearly two decades of war, performed admirably all over the world—often in austere conditions, and not infrequently under fire. Several of them have paid the ultimate price.

But the intelligence community can’t afford to rest on its laurels. Past pedigree counts for little in today’s world, and previous success guarantees nothing. As former Principal Deputy Director of National Intelligence Sue Gordon put it, “We’ve never been as good as we are now, but we have to be better.” 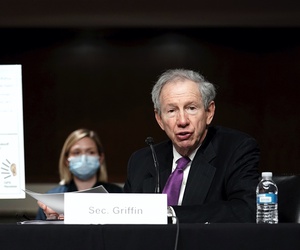 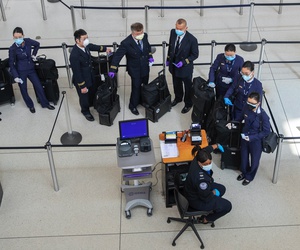 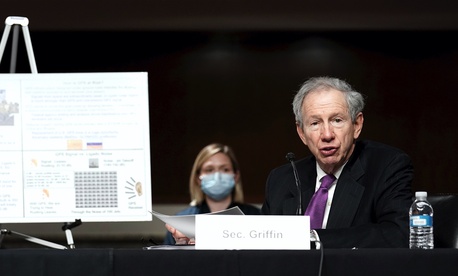 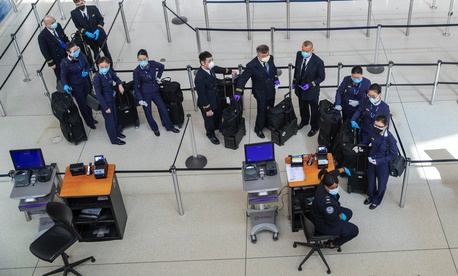