This image provided on Sunday, Sept. 15, 2019, by the U.S. government and DigitalGlobe and annotated by the source, shows damage to the infrastructure at Saudi Aramco's Abaqaiq oil processing facility in Buqyaq, Saudi Arabia.

The U.S. will increase air and missile defenses from Iran at the request of Saudi Arabia and the UAE, Pentagon leaders said.

President Trump has approved a “moderate” deployment of troops to the Middle East to help Saudi Arabia defend itself against Iran, senior Pentagon leaders said in a brief news conference late Friday afternoon.

The deployment will be “defensive in nature” and primarily concentrated on air and missile defense, Defense Secretary Mark Esper and Chairman of the Joint Chiefs of Staff Joe Dunford said, but provided no details about the precise number of troops to be sent. Dunford said that the number would be “not thousands.”

The deployment comes at the request of both Saudi Arabia and the UAE, Esper said.

It was also not immediately clear what kind of defense systems the military would deploy. The aircraft carrier USS Abraham Lincoln carrier strike group is in the region. Guided missile destroyers and a cruiser with the Lincoln carry missiles that can shoot down missiles and aircraft.

The U.S. has several options when it comes to ground-based missile interceptors. The Army could deploy Patriot interceptors. Saudi Arabia and UAE already have their own Patriot batteries. Or the U.S. could deploy longer-range THAAD interceptors, as it did in South Korea in response to North Korea.

“We think for now that would be sufficient, but that doesn’t mean there couldn’t be additional deployments as needed based on the changing situation,” Esper said. Dunford suggested that a “layered system” of air defenses could help reduce the risk of additional attacks from Iran.

Dunford said he would confer with U.S. Central Command to work out the details over the weekend, including the specific units to be sent.

“If they were to send a THAAD battery…that would be a big deal,” Thomas Karako, a missile defense expert at the Center for Strategic and International Studies, said Friday. “That would be unprecedented.”

It’s difficult to defend against cruise missiles and small drones because they flow low and slow allowing them to literally fly under the radars that would detect them.

The Sept. 14 attack on two Saudi oil production facilities by a swarm of drones and low-flying cruise missiles — which temporarily halted half of the petro-state’s oil production — were “a dramatic escalation of Iranian aggression,” Esper said.

“It is clear, based on detailed exploration conducted by Saudi, U.S. and other international teams that the weapons were Iranian-produced and were not launched from Yemen,” he said. “All indications are than Iran was responsible for the attack.”

Trump has been weighing how to respond to the attacks. Although he originally responded on Twitter that the United States was “locked and loaded” in response to the strikes, he has since emphasized that he does not want war with Iran. Secretary of State Mike Pompeo has called the incident “an act of war” but insisted that the United States wants a peaceful resolution to the situation through diplomacy.

Regional analysts fear that a retaliatory strike against Iran could quickly spiral into open conflict.

Esper and Dunford said Friday that the Trump administration will seek international partners to help contribute to Riyadh’s defense — a potentially dicey prospect. European allies, distressed by the U.S.withdrawal from the 2015 nuclear agreement, have been reluctant to participate in an American maritime security initiative launched in the Gulf over the summer.

“We’re calling on many other countries to do two things,” Esper said. “Stand up and condemn these attacks and also contribute defensive capabilities so we can defend…the infrastructure in Saudi Arabia and the broader issues with regard to freedom of the seas and navigation of the Strait [of Hormuz], and the international rules and norms that Iran is clearly violating.” 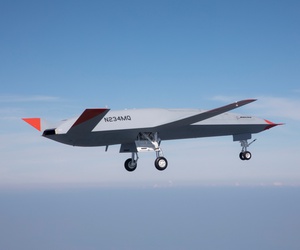 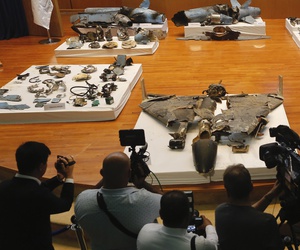 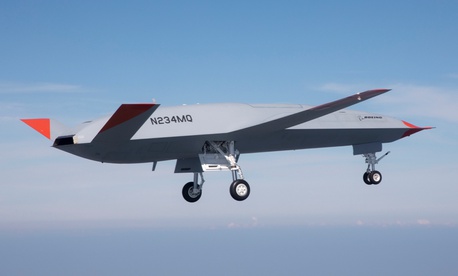 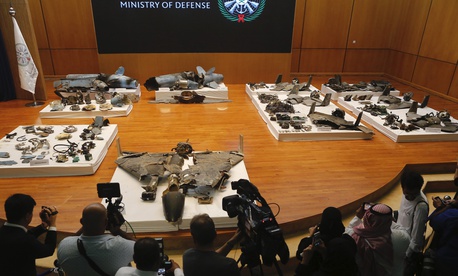