In this May 16, 2019, photo, Gen. Charles Q. Brown, Jr., commander of the U.S. Pacific Air Force talks to a select group of journalists during the course of his visit to the Philippines in suburban Pasay city south of Manila, Philippines.

“It’s something we’ve done in the past,” Gen. Charles Q. Brown, commander of Pacific Air Forces, said at a Defense Writers Group breakfast in Washington. “What I really believe [is] it’s something we, as a department, probably need to start paying more attention to.”

The general becomes the latest Defense Department official to call for changing up the playbook for great power competition against China and Russia, as called for in the National Defense Strategy.

“We have to look at other ways of how we do things from the capabilities standpoint,” Brown said. “I really believe that [China] will not actually go to war unless they feel confident they can actually win.”

Brown suggested using deception and decoys to keep China guessing and injecting doubt in its ability to win.

“[T]he first thing we do is we start going to whatever platform [or] weapon system we’re going to buy versus what is a different way to look at this?’ Brown said. “This is maybe another cultural-type shift. We’ve done some of these things in the past, in World War II, for example. It’s not something that we think about as much anymore.

“We’re more of a gadget [culture],” he said. “The other aspect of that is really thinking differently about how we do these things. Because as soon as you start talking to somebody, sometimes you get a sense, OK, what platform am I going to buy.”

Electronic warfare is another way to confuse an adversary.

“Those kinds of things that may not take as much money, but may have the same effect,” Brown said.

Earlier this year, then-Air Force Secretary Heather Wilson lamented the U.S. ability to keep up with China and Russia in information wars.

Related: US Forces Can’t Hide from Ubiquitous Satellites. They Need to Fool Them.

“Information operations is an example to undermine regimes,” Wilson told Military.com. “Russia and China are better at that than we are because we just don’t think that way.”

In the 1980s, the Air Force flew A-7 Corsair II aircraft with a mysterious decoy pod as part of its cover for the top-secret F-117 stealth fighters operating covertly in the Nevada desert.

Funding for US Pacific Forces Trail Those in Europe

Brown, the top U.S. Air Force general in the Pacific, said his region could benefit from funding specifically to counter China — similar to the European Deterrence Initiative projects created in Europe after Russia invaded Crimea.

“It [funding] would actually allow us to things like improve different areas … be able to preposition equipment, maybe increase some of our exercises,” Brown said.

In 2016, the U.S. raided some of its bomb stockpiles in the Pacific for air raids against Islamic State militants in the Middle East.

Dedicated funding to counter China would support readiness and “some other investments” being considered by Adm. Philip Davidson, head of U.S. Indo-Pacific Command, Brown said. That includes “our posture in the region at different locations,” exercises and partner nation engagements. 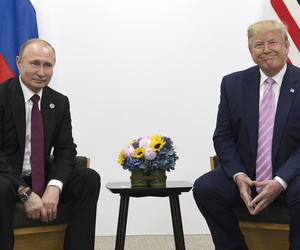 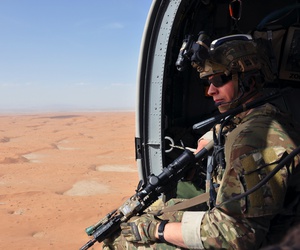 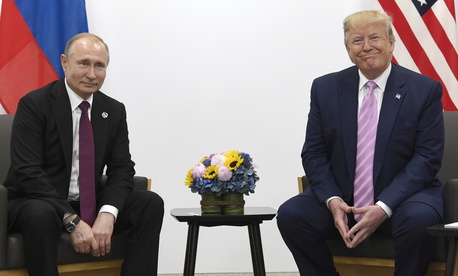 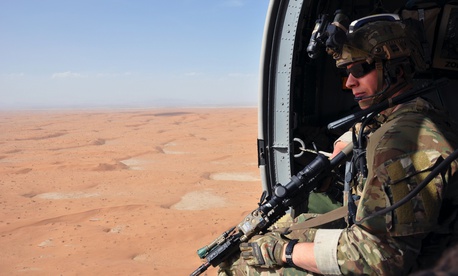