The president was on a roll until he surrendered a final chance to lay out his concerns and priorities.

LONDON — Donald Trump just ghosted NATO. The U.S. president was supposed to emerge from the summit outside London on Wednesday for the customary full-scale final press conference to answer the international media’s burning questions — about France, Turkey, Syria, spending, European unity — but instead, he just…left.

If ever you needed an example of why America’s leadership role in global security is in question, here you have it. The U.S. commander in chief, in the UK, abdicated a final chance to own this week. And it’s a shame, because he was on a roll. If everyone was talking about French President Emmanuel Macron’s “brain dead” comment to shock NATO’s system before this event, nobody is talking about it after. Trump was the centerpiece of every public moment of this two-day NATO meeting, in bilateral photo ops with Macron, Canada’s Justin Trudeau, Germany’s Angela Merkel, and more. He made Macron look like France was throwing a temper tantrum. At last year’s summit in Brussels, he was the wide-eyed rookie giving everyone heart palpitations for speaking so un-diplomatically about the alliance to allies’ faces. This year, he commanded every moment — that is, until video leaked of Trudeau and others laughing  Tuesday evening about (gasp!) why Trump runs late to things.

Don’t waste time on Trudeau’s playground chatter. It doesn’t matter. Start reading the many transcripts of Trump’s public appearances and press engagements to get an updated sense of the U.S. president’s thinking on several critical security situations around the world involving U.S. military. It’s the best information we’ve got.

It is a shame Trump skipped the final press conference. No other world leader at these gatherings is as anticipated for that moment as the American president. It’s where he shapes the public spin on what just happened. It’s his final report of what he wants, what the U.S. wants, what NATO members believe, and where things stand with U.S.-Franco-German relations. It’s a moment to lead. It’s a moment to signal your priorities to your nations and your adversaries. Instead, the NATO 70th anniversary meeting ends with a confused whimper.

The final word, as it happened, belonged to NATO Secretary-General Jens Stoltenberg.  At his own press conference, Stoltenberg reported that NATO leaders made new agreements on new threat issues, such as China and 5G, terrorism operations, a plan for heightened readiness levels, and declaring space to be its own “domain” in military parlance on par with air, land, sea, and cyber. He also announced the leaders agreed to start “a reflection process under my leadership to further strengthen the political dimension of NATO,” which needs more explaining. And he added, pro forma for these meetings, that “All leaders were very clear. We stand together all for one, and one for all. Our commitment to Article 5, the collective defense clause of our Alliance, is ironclad.”

Of course, Trump already had much to say even before he cancelled his final presser. His trip to London included another talk with Turkey’s President Recep Erdogan, and Trump emerged praising the bilateral relationship and continuing to claim that his October decision to pull U.S. troops from northern Syria was good for everyone. He also falsely claimed that the ceasefire in Syria was happening.

“It was a very good meeting, I think. We discussed Syria. We discussed the Kurds. We discussed numerous things, and we’re getting along very well. The border and the safe zone is working out very well. And I gave a lot of credit to Turkey for that. The cease-fire is holding very much so and I think people are surprised.

“Maybe someday they’ll give me credit,” he continued, “but probably not. They’ve been trying to work this out for 100 years. That border is a mess for a long time. We pulled our soldiers out and took over the oil. We have soldiers where the oil is. And that’s the way I like it. And they can police their own border. And that’s what they’re doing. They can use other countries if they want, if they want to spend the time and energy. But this has been a border under siege for many, many decades, and it was time for us to leave, and we left, and it’s been holding very nicely. So we’re very happy. We talked about that.”

The UK had resisted the U.S. plea to reject Huawei network technology, but Prime Minister Boris Johnson said Wednesday that London would not break with the Five Eyes intelligence partner countries. “Everybody I’ve spoken to is not going to go forward but how many countries can I speak to?” Johnson said. “Am I going to call up and speak to the whole world? It’s a security risk in my opinion, in our opinion. We’re building it, and we’ve started but we’re not using Huawei.”

On a new nuclear missile pact with Russia, Trump said, “We’re talking to Russia about many things, including a cessation on nuclear and nuclear creation. It’s, in my opinion, the biggest problem the world has today.”

If Russia’s “nuclear creation” is the biggest problem the world has today, in the president’s mind, that’s news to, well, everyone. The only reason we know about it is because of a passing comment between NATO meetings. On Tuesday, Trump was coy about a pact, saying, “We may do it with Russia first and then go to China, or we may do it all together, or it may not happen. I mean, to be honest with you, maybe it won’t happen.”

We have questions, Mr. President. You were on a roll in London. Stick around next time. 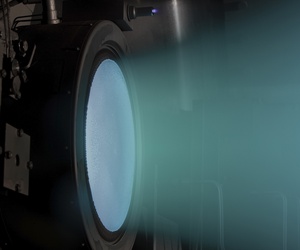 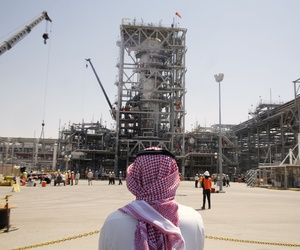 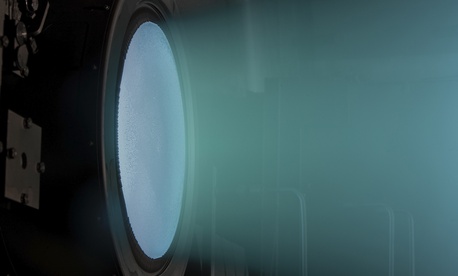 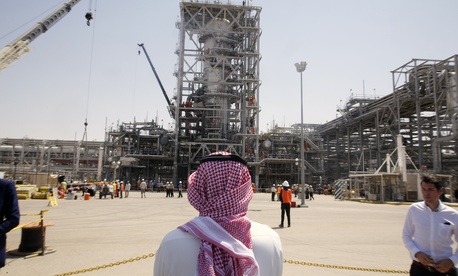