Senior administration officials have said they moved to take out Soleimani because he posed an “imminent threat” to U.S. personnel in the region, but have declined to offer a more specific accounting of the intelligence that led to the strike. Some reports have suggested that the evidence of a credible threat against American interests might have been inflated or cherry-picked from regular reporting of the everyday threat posed by Soleimani and his proxy forces. Others critics have compared the strike to the 2003 invasion of Iraq, launched by the Bush administration on flawed evidence.

Esper on Tuesday called the intelligence leading to the Soleimani strike “exquisite” and defended the strike.

“Soleimani was caught red-handed on the ground in Baghdad, one terrorist leader of a terrorist organization meeting with another terrorist leader to synchronize and plan additional attacks on American forces, diplomats or facilities,” he said on CNN, shortly before he briefed reporters at the Pentagon.

Asked whether the planned attack was days or weeks away, Esper replied, “I think it’s more fair to say days, for sure.”

Esper also sought to clear away ongoing confusion surrounding a leaked draft letter transmitted to the Iraqi government this week. The letter appeared to show the U.S. military planning to reposition at least some forces in Iraq for an eventual withdrawal and caused an uproar in Washington on Monday afternoon. Although Esper and Joint Chiefs Chairman Mark Milley immediately tried to bat down rumors of an imminent U.S. withdrawal by calling the letter an unsigned “draft” and a “mistake,” Iraqi Prime Minister Adil Abdul-Mahdi increased the confusion on Tuesday when he said he received the message through “official” channels — and that he was provided an updated version when he asked for a clarification. Mahdi also said that the letter was signed, contradicting Milley’s version of events.

“They said it’s a draft. Okay, it’s a draft — but we received it,” al-Mahdi told his cabinet on Tuesday. “If I don’t trust you and you don’t trust me, how are we supposed to proceed?”

“There is no signed letter, to the best of my knowledge, I’ve asked the question,” Esper said on CNN. “There may be people trying to create confusion. Our policy has not changed.”

Trump in a separate media appearance on Tuesday said he knew nothing of the letter and asked if it was a “hoax.”

Shiite lawmakers in Iraq’s parliament on Sunday voted without an official quorum to ask al-Mahdi’s government to eject U.S. forces from Iraq in response to the Soleimani strike. The vote is legally non-binding for a number of reasons, but al-Mahdi on Tuesday said that a withdrawal of U.S. forces is now necessary.

Esper said at the Pentagon that he hasn’t “received any communication” from al-Mahdi or the Iraqi government about the parliamentary vote, or “an order or a request to withdraw U.S. forces.”

“I think it’s the worst thing that could happen to Iraq,” Trump said during an Oval Office meeting with the Greek prime minister. “If we leave, that would mean that Iran would have a much bigger foothold, and the people of Iraq do not want to see Iran running the country.”

But the back-and-forth has left the 5,200 U.S. troops in Iraq in limbo. Esper, Secretary of State Mike Pompeo, and Trump continue to insist that the United States isn’t leaving Iraq. But both Esper and Pompeo have dodged questions about whether they would depart if officially asked by the Iraqi government.

It also remains unclear whether the Iraqi government will officially make that request. Both the Pentagon and the State Department appear bullish that it won’t, and some prominent outside Iraq analysts agree. Although the anti-ISIS coalition presence may become more constricted than it has been in the past, because the so-called caliphate has already been destroyed, the international troop presence in Iraq was already being reassessed — even before the Soleimani strike.

“Iraq’s prime minister is in a bind,” said Michael Knights, a senior fellow at the Washington Institute who specializes in Iraqi military and security affairs. Caught between pro-Iran militias who want to U.S. troops gone and the reality of kicking international troops out of Iraq — still facing the remnants of ISIS — al-Mahdi is “basically trying to find some kind of way where he doesn’t have to take personal responsibility for removing the coalition forces,” Knights said. “He’s just stumbling from pillar to post at the moment, trying to please everybody and offend nobody.” 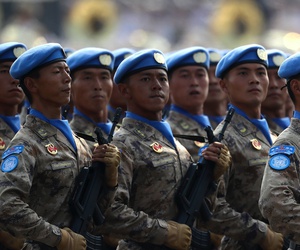 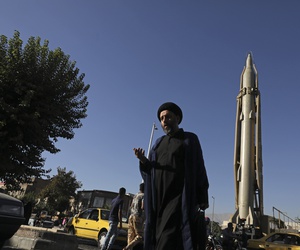 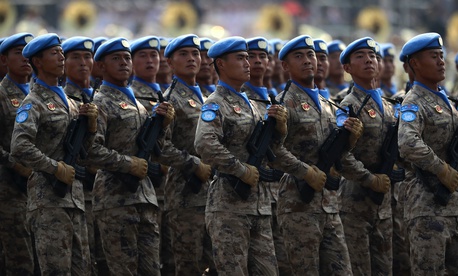 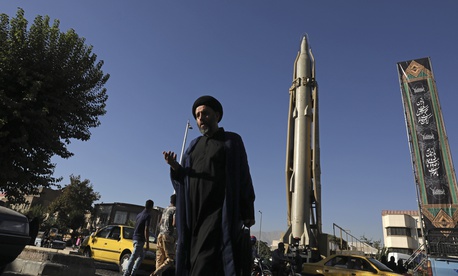