How Ethical Hacking Can Make DOD’s Weapon Systems More Secure
Skip to Content
Get all our news and commentary in your inbox at 6 a.m. ET.
Policy
Administration Rushes Out Guidelines for Ending Civil Service Protections 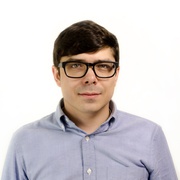 The Office of Personnel Management on Friday appeared to give agencies wide latitude in determining which career federal employees should be converted to at-will political appointees under a controversial executive order signed by President Trump this week.

On Wednesday, Trump signed an executive order creating a new Schedule F within the excepted service for “confidential, policy-determining, policy-making, or policy-advocating positions,” pulling those jobs out of the traditional competitive hiring process and making it such that employees in those positions can be fired without cause, stripping workers of their civil service protections.

Outcry against the measure has been swift and nearly unanimous. Good government groups, federal employee unions and lawmakers accused the president of trying to sidestep more than a century of federal employment law and bring the spoils system back to agencies.

Despite the pushback, the Trump administration is moving swiftly to implement the president’s directive, with a Jan. 19 deadline for agencies to conduct a preliminary review of which jobs should be converted into the new job classification, one day before the next presidential inauguration. Acting OPM Director Michael Rigas offered “instructions” to agencies on how to move forward less than 48 hours after the order was published.

The memo highlights what it calls “guideposts” in the text of the order that agencies can use to determine the types of jobs that should have their civil service protections stripped from them. Those include “substantive participation in the advocacy for or development or formulation of policy,” supervision of attorneys, discretion in determining how an agency exercises its functions, involvement in developing regulations and engaging in collective bargaining negotiations on behalf of management.

But Rigas wrote that those are not strict categories, and suggested that agencies will have the discretion to consider other factors as they consider which employees should be removed from the competitive service.

“The position attributes described in section 5 [of the order] are guideposts; they are not determinative,” Rigas wrote. “Agencies may include positions based on additional characteristics not expressly specified in section 5 in their petitions, and OPM may except those positions so long as the agency demonstrates that the position is of a confidential, policy-determining, policy-making or policy-advocating character. Conversely, OPM is not required to transfer positions to Schedule F simply because they fall within the section 5 guideposts.”

Rigas reminded agencies that the order requires them to submit “written explanations” of why positions fit the criteria for Schedule F and encouraged them to focus on job categories rather than individual employees.

“That objective definition of the position’s duties must be derived from a statute, regulation or internal agency document such as the position description,” Rigas wrote. “To ensure placement into Schedule F satisfies procedural due process, the individualized characteristics and attributes of the particular employee encumbering a position are irrelevant to whether the underlying position or office itself is appropriately categorized into Schedule F.”

The reason for this appears to be that OPM wants to reduce the risk of litigation.

“See, e.g., Bi-Metallic Inv. Co. v. State Bd. Of Equalization . . . (concluding, in a landmark case routinely cited regarding whether procedural due process rights apply to generalized classes, that individuals have rights to notice and a hearing only where a ‘relatively small number of persons [are] concerned, who [are] exceptionally affected, in each case upon individual grounds’ and not where a government policy or rule is operating on a general class),” the memo states.

NEXT STORY: What Would a Second Trump Term Mean For Foreign Policy?